In 2021, Oregon’s veterans earned a higher median income ($44,415) than nonveterans ($36,166), despite being less likely to have a college degree. Among Oregon veterans age 25 years and older, 31% have a four-year degree or higher, compared with 37% of nonveterans. Alternatively, about 4% of veterans don’t have a high school diploma, as opposed to 9% of nonveterans. 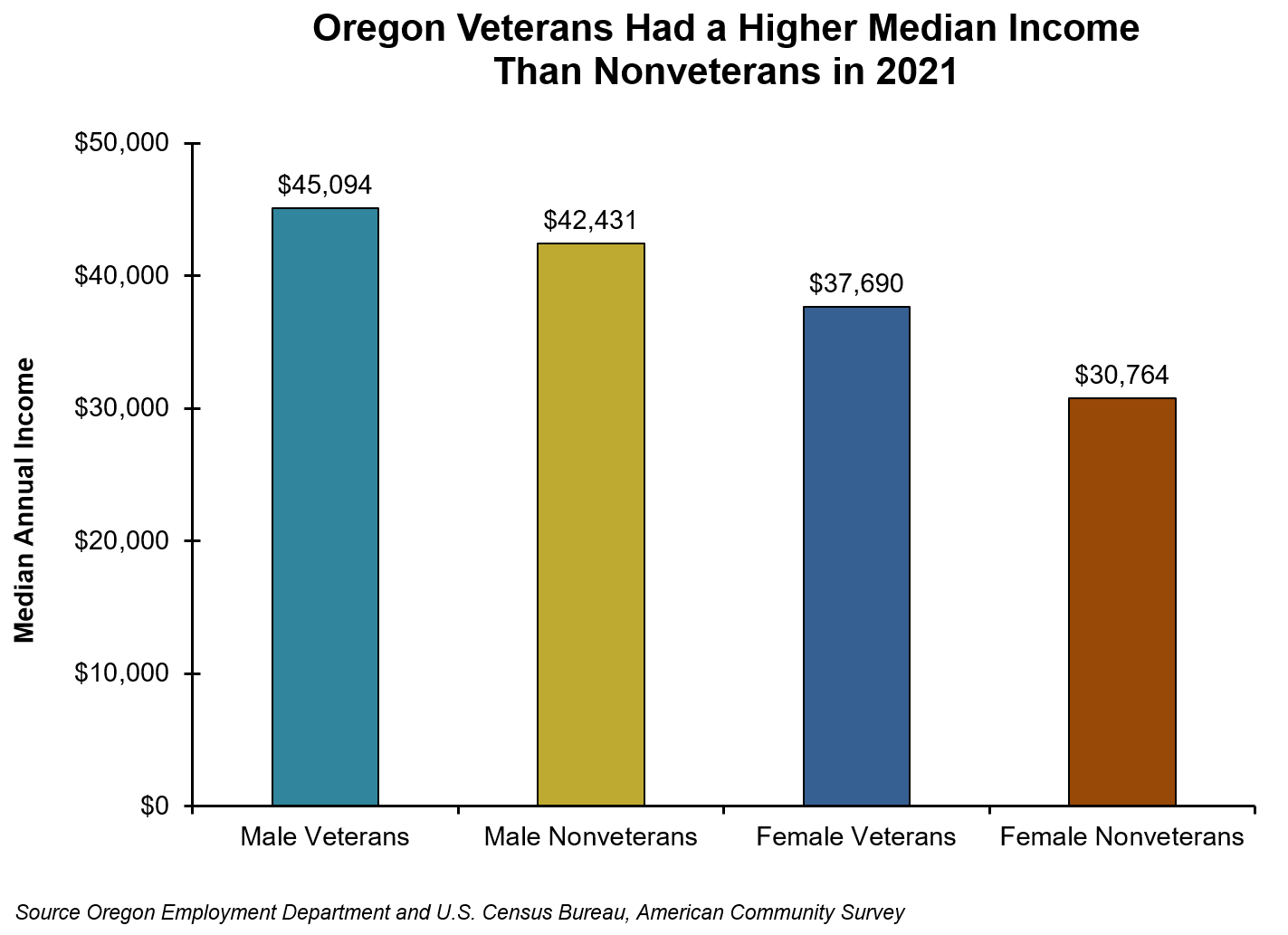 More than half of Oregon’s veterans were age 65 years or older and served in the military at least four decades ago during the Vietnam War (98,247 veterans), Korean War (12,950), or World War II (2,985). Veterans who served in the First and Second Gulf Wars totaled 103,908. Only 7% of Oregon veterans were under the age of 35 in 2021, compared with 30% of nonveterans. This older age profile may partially explain why veterans have a lower labor force participation rate, a higher median income, and higher disability rates than nonveterans.

More information about veterans is available in the U.S. Bureau of Labor Statistics’ “Employment Situation of Veterans”.