The American Community Survey administered by the United States Census Bureau made some changes in 2017 to the way they collected information from households; the changes were then implemented in the 2019 survey. The wording on the questions about who was living in a household revealed that many same-sex couples were being counted incorrectly. The changes made in relationship to householder and parent identification questions has allowed for better measurement of the specific type of family or living arrangement, especially for same-sex couples and their children. The Census Bureau has detailed findings for 2019 in the report, Same-Sex Couple Households: 2019. 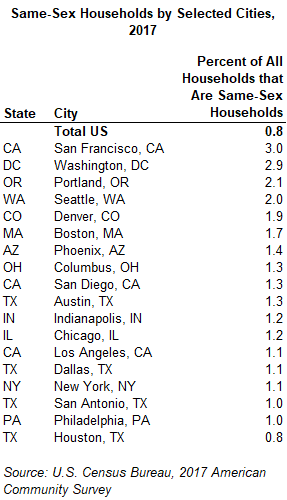