Oregon’s total personal income ranked 25th in the nation in 2021, moving down three places from its 2020 rank. Data on personal income comes from the Bureau of Economic Analysis – a division of the U.S. Department of Commerce.

Growth in personal income for the U.S. overall averaged 7.2% in 2021, slightly higher than the previous year’s growth rate of 6.6%. For individual states in 2021, growth ranged from a 4.9% increase in Alaska and Vermont, to a 9.8% increase in Florida. Personal income grew by 8.2% in Oregon in 2021, which was the 10th fastest in the nation (tied with Washington). According the Bureau of Economic Analysis, changes in personal income since February 2020 primarily reflected changes in governmental social benefits, stemming from the enactment and expiration of legislative acts and related programs during the pandemic. 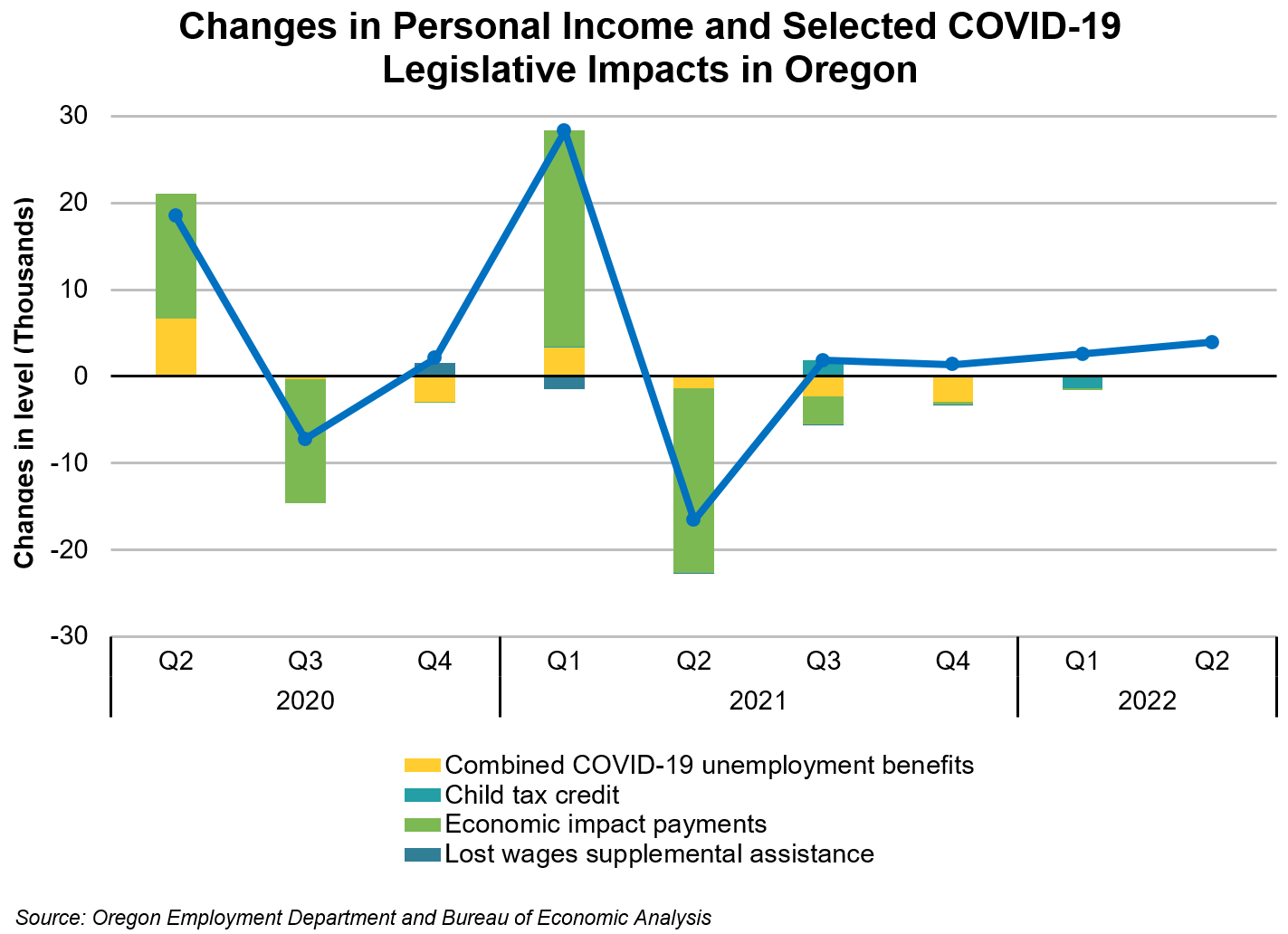 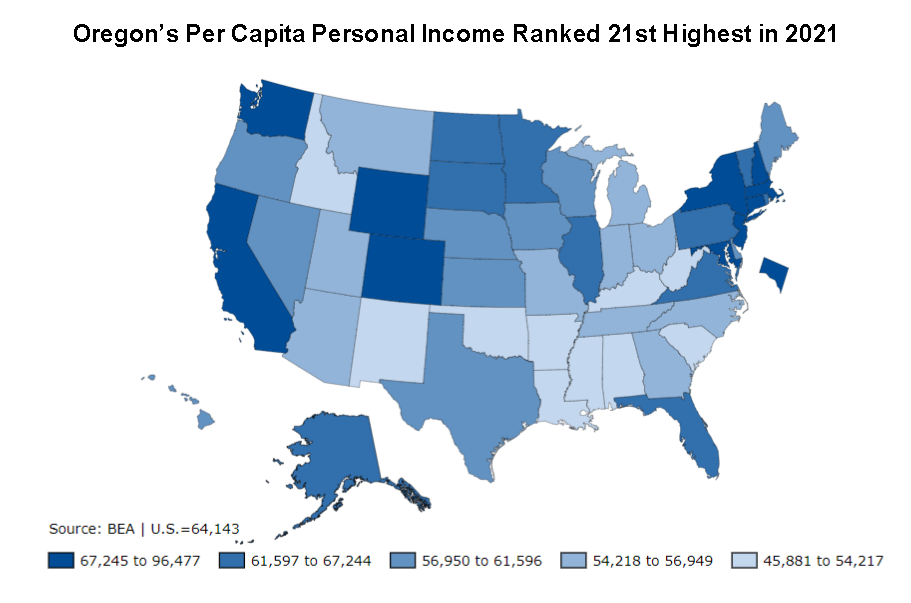 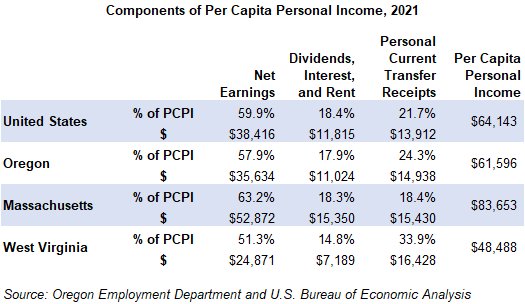 Oregon’s PCPI has remained close to the U.S. level since estimates began in 1929. The largest difference between the Beaver State and the U.S. came in 1943 when Oregon climbed to its peak of 123.8% of the national level. Oregon’s PCPI was consistently above the U.S. from 1938 to 1956 when incomes were bolstered by defense manufacturing for World War II and the post-war economic boom. In 1943, war-related manufacturing propelled Oregon’s PCPI to its highest level relative to the nation.

In 2009, Oregon’s PCPI dropped below 90.0% of the national level for the first time. And the state’s PCPI reached its lowest relative point (88.0%) in 2011. This was largely influenced by two main factors: the Great Recession of 2007 to 2009; and Oregon’s fast population growth. The Great Recession brought job loss and lower earnings, while at the same time Oregon’s population increased. Many states with high annual growth in population are also states with low annual growth in PCPI. This relationship can greatly impact a state’s per capita income relative to the national level. 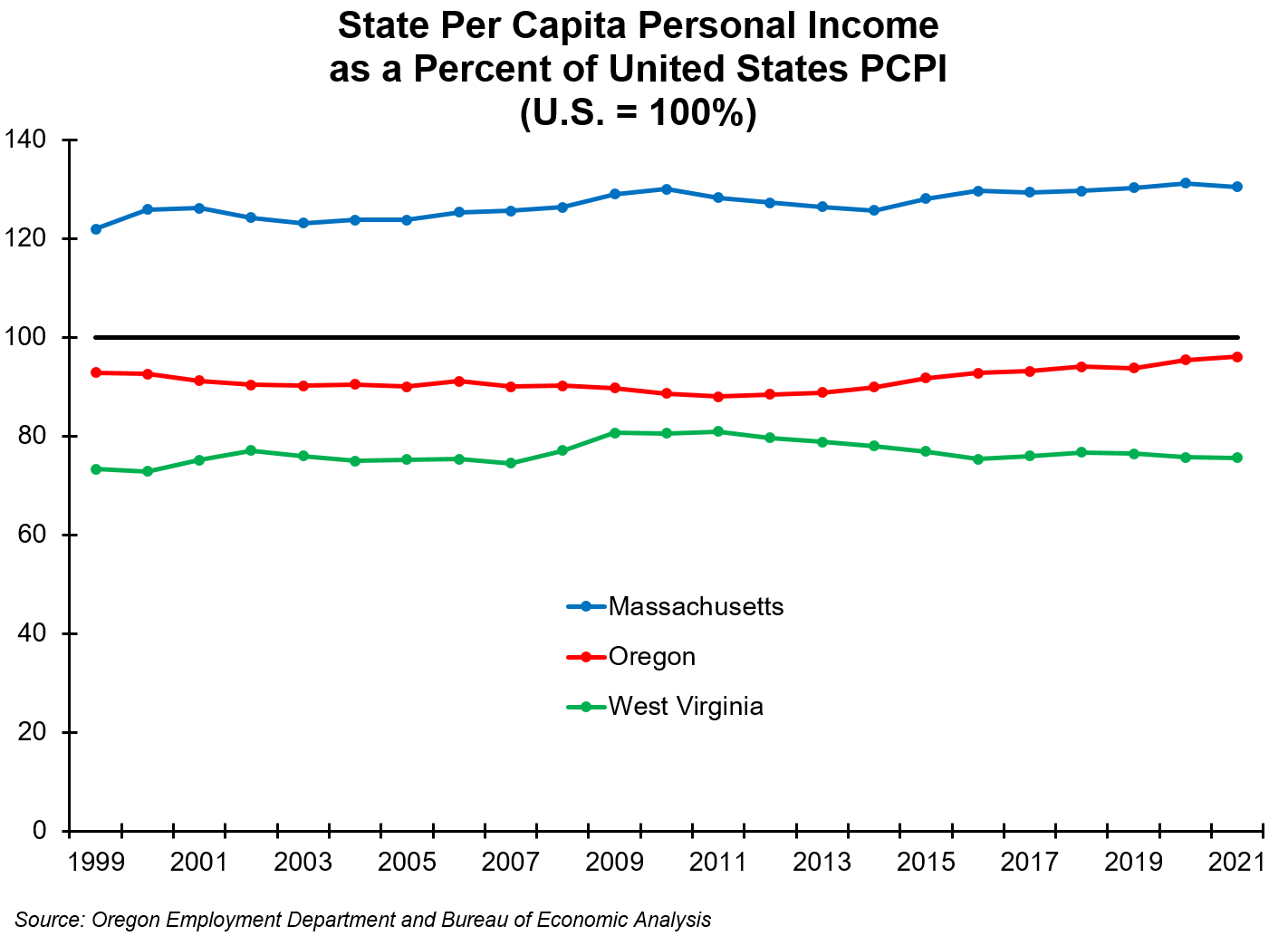