Each quarter, the Oregon Employment Department surveys private employers from all industries and areas of the state to ask about the job vacancies they are actively trying to fill. Oregon businesses reported 94,400 job vacancies in summer 2022. Total job openings decreased 11% from the spring and decreased 12% from summer 2021. Although the summer 2022 vacancies are a decrease from the prior quarters, the 94,400 vacancies are still historically high. Pre-pandemic, the record high for Oregon was 66,600 vacancies in summer 2017. The high level of job vacancies is not unique to Oregon right now. The number of private-sector job openings in the U.S. has been between 9.3 and 11.3 million since July 2021, beating the previous high seen in April 2019 (7.0 million) significantly. 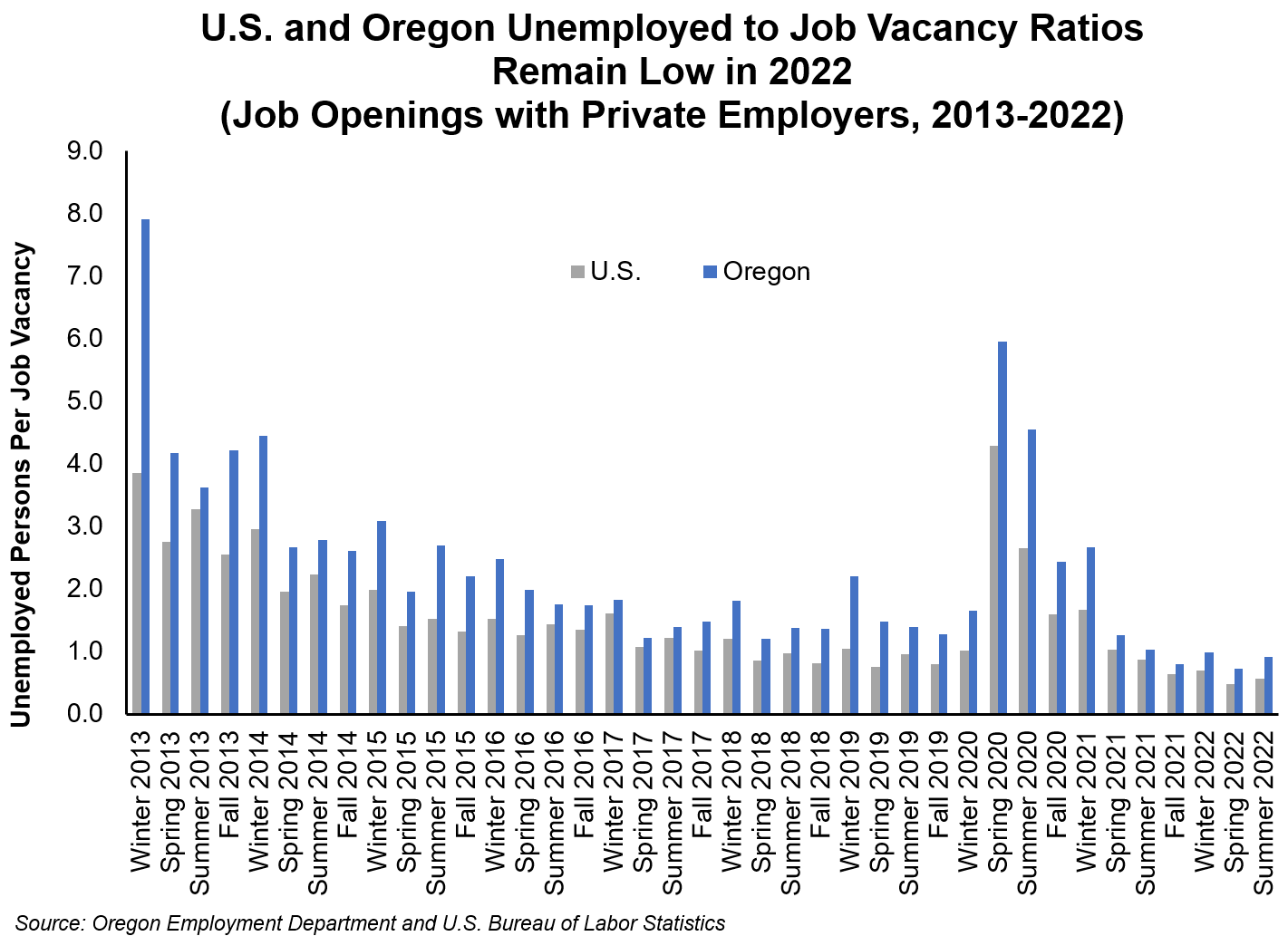 Most openings in the summer were for full-time, permanent positions. Education beyond high school was required for 33% of summer vacancies. A majority of employers in almost every industry reported their vacancies as difficult to fill. Overall, 65% of vacancies were considered difficult to fill, the lowest Oregon has seen since winter 2021. 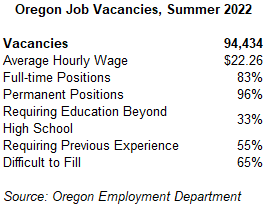 Hiring demand was widespread throughout industries and occupations. Nine out of 14 major sectors were hiring for more than 5,000 positions at any given time in summer 2022. In contrast, prior to the pandemic in summer 2019, five out of 14 sectors saw this level of hiring. Health care and social assistance topped the industry list this summer, with 19,600 vacancies. The leisure and hospitality industry had the second most vacancies of any industry, with 12,400 job vacancies. 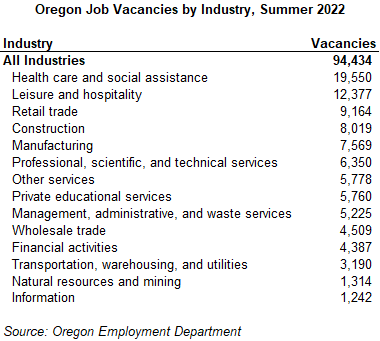 Summer vacancies were distributed across the state, with the Portland tri-county area accounting for about 46%. Vacancies decreased over the year in every region of the state, except the Portland metro area and Northwest Oregon. 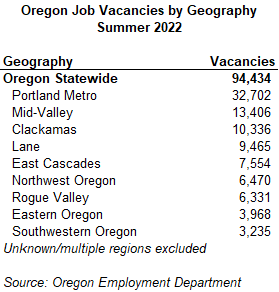 More details about Oregon Job Vacancies are available on QualityInfo.org, on the publications page under Job Vacancy Survey.