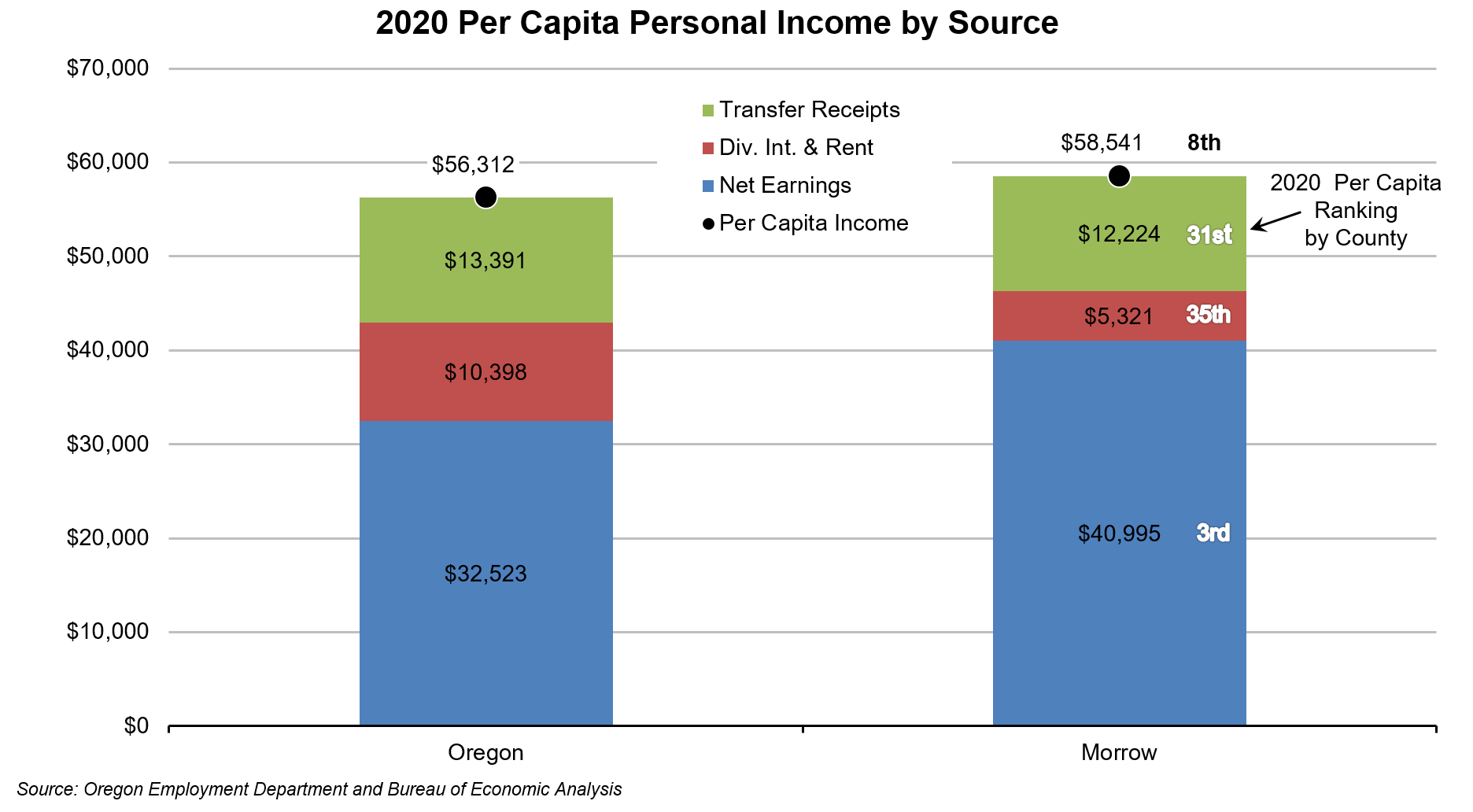 Net earnings by place of residence represented 70% of Morrow County’s total personal income in 2020, at $479.6 million. On a per capita basis, Morrow County’s net earnings ranked third in Oregon at $40,995, producing a gap of nearly $8,500 compared with the state. Eight counties held a per capita net earnings advantage over Oregon, including these (in ranked order): Gilliam; Washington; Morrow; Clackamas; Sherman; Multnomah; Hood River; and Deschutes. Umatilla County’s net earnings ranked 13th among Oregon counties at $26,765 per capita, lagging the state by about $5,800. 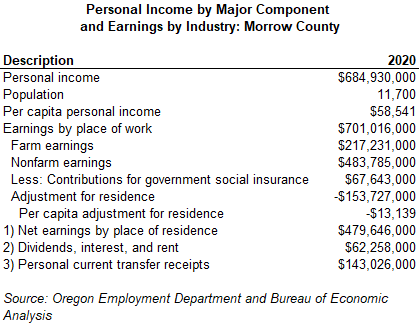 Adjustments to earnings for residence increased considerably over the decade. In 2010, Morrow County’s net earnings included a residency adjustment or outflow of $14.6 million. In 2020, the outflow of earnings from Morrow County rose to $153.7 million. On a per capita basis, Morrow County’s outflow reached $13,139 in 2020, well above Oregon’s $1,298 outflow. Other Oregon counties with high earnings outflow per capita included Sherman ($11,452) and Multnomah ($11,244). At the other end of the spectrum, Columbia County’s inflow of earnings per capita reached $15,099 in 2020, followed by Polk County’s $11,674 and Clackamas County at $10,477.