Agriculture is the longest-standing industry to exist in Oregon. In fact, long before America’s westward expansion in the 19th century and even before Lewis and Clark’s famous expedition that led them to the Oregon territory, Native Americans in the area already had an agriculture industry at work that included hunting, trapping, harvesting, and preserving food. On Lewis and Clark’s expedition, they documented the plants growing in the region and also wrote about the agricultural practices of the Native Americans in the area.

The way the industry appeared in the early 1800s would have been almost unrecognizable compared with what the industry has evolved to more than 200 years later in what is now the state of Oregon. As Oregon grew as a territory, later becoming the 33rd state to join the Union, agriculture was a vital part of the economy. 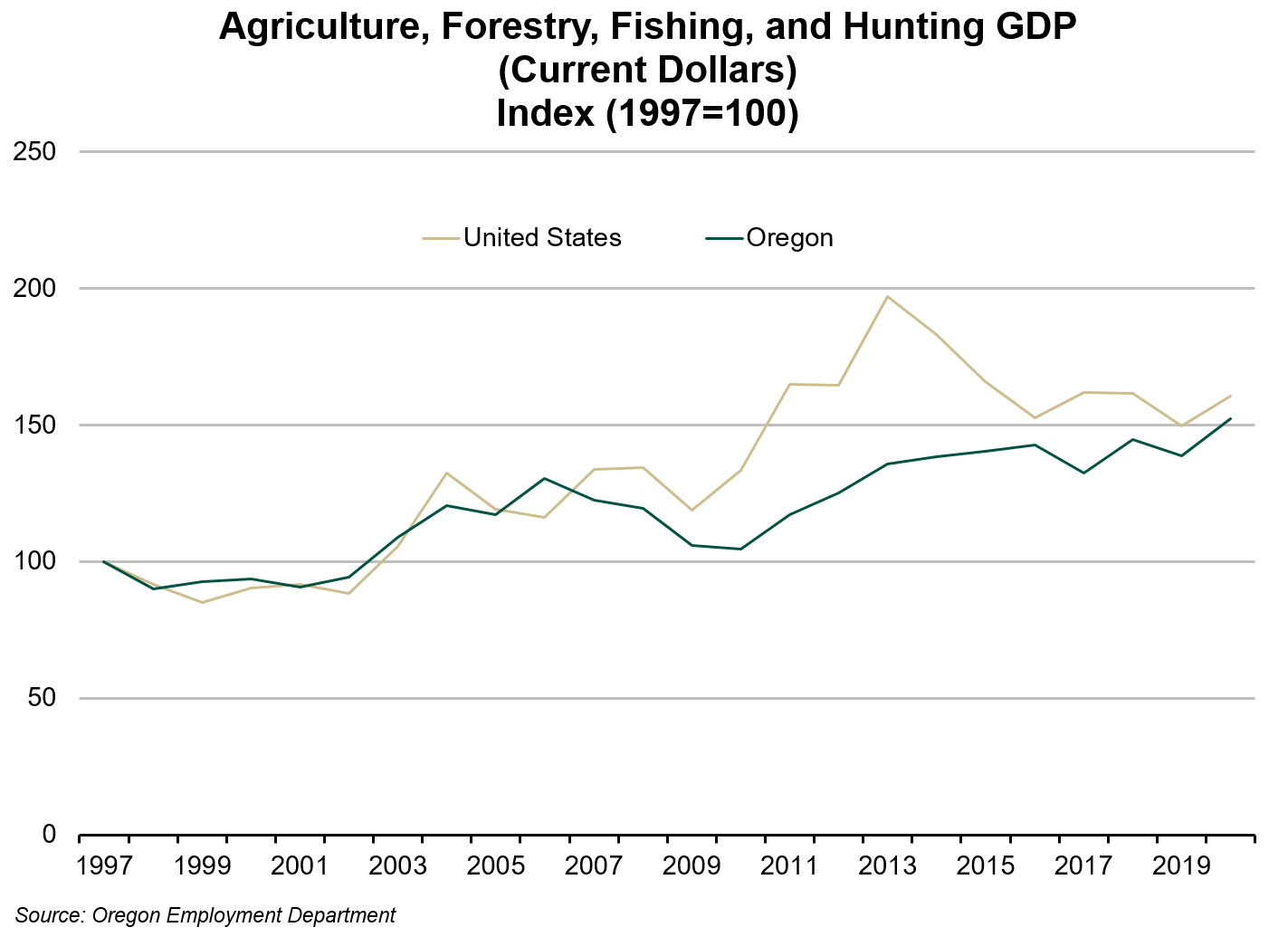 Support activities for both crop production and forestry have shown strong job growth in recent years. A good example in Oregon of the types of firms in this industry would be firms that provide vineyard cultivation services.

An Older and Younger Male-Dominated Workforce

With older workers and very young workers comprising a larger share of agriculture’s workforce, middle age workers are underrepresented in the industry. Workers in the 25 to 34 and 35 to 44 age groups are the most underrepresented. 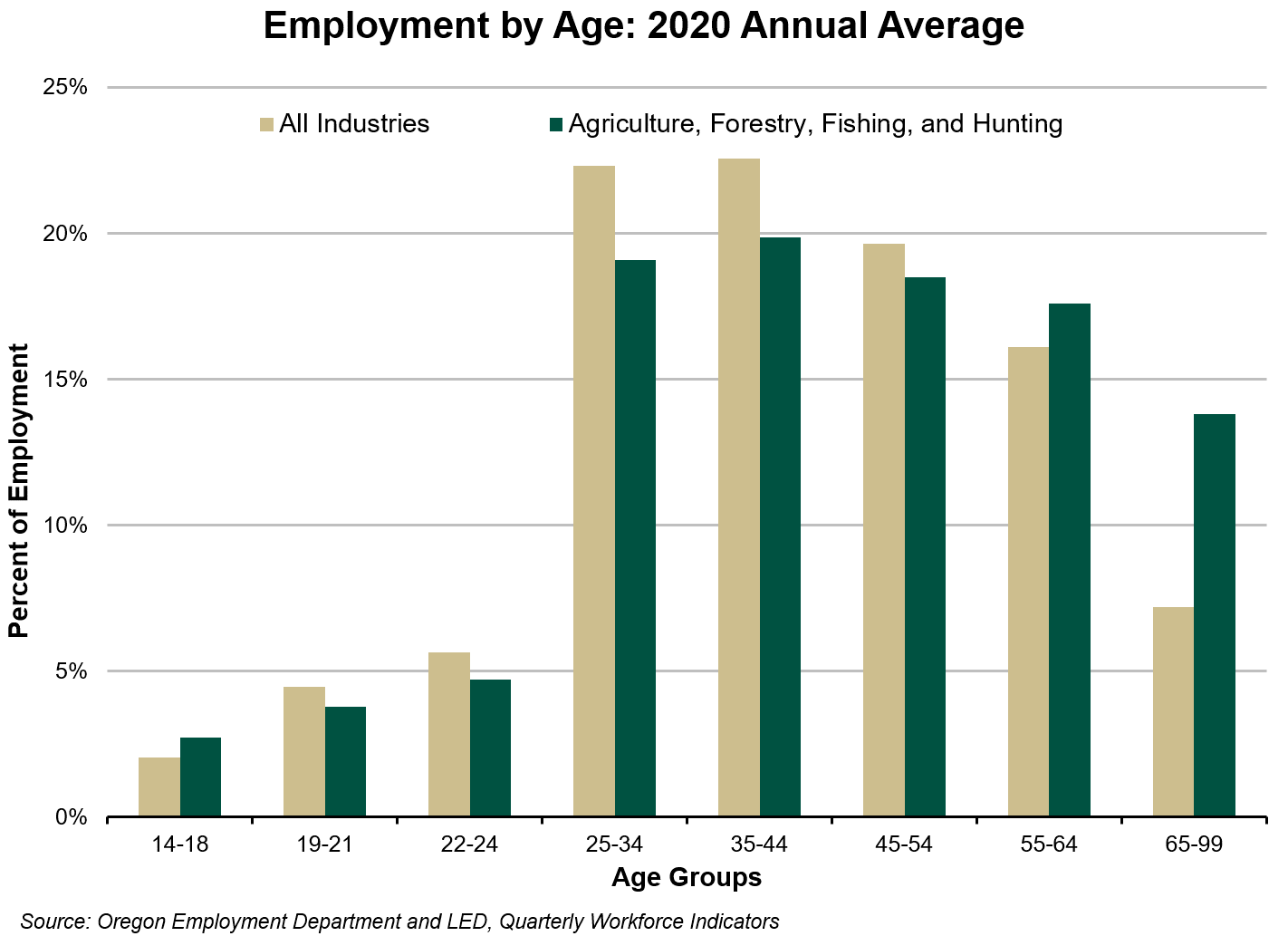 Occupations and Wages in Agriculture

Although there are many different occupations within agriculture, forestry, fishing and hunting, the majority of employment is concentrated within a small number of occupations. In fact, the 10 largest occupations comprise two-thirds (65%) of the industry’s total employment.

Oregon’s agriculture, forestry, fishing, and hunting sector employment is projected to grow from 2020 to 2030. The 2020 to 2030 industry projections from the Oregon Employment Department project the industry will add 4,900 jobs over that period, growing 9% and slower than Oregon’s total employment, which is expected to grow 16% over that time. Over the past decade Oregon’s agriculture, forestry, fishing, and hunting employment grew 8,100 or 18% from 2010 to 2020. Oregon’s total employment grew 15% from 2010 to 2020.

The agriculture sector acted as a vital part of Oregon’s economy long before Oregon’s statehood was granted in 1859. That doesn’t appear to be a trend that will be changing any time soon.